The human experience: peculiar and fraught with hypocrisy and the grasping of straws and other things. Us humans, the ‘wise’ ones whose hips grant us the ability to walk on two legs, and our ability to supposedly ‘make’ things. One moment, we assure ourselves and everyone around us that we are ‘this’ kind of person, and hypothetically drive a stake into the ground in declaration. Upon waking the next day, we reach for the vices of yesterday and are propelled by some undefined and existential need. We state we are one thing, and we act as another thing, a being driven by worldly forces beyond our control.

Today, I was attracted by a common sentiment: two proverbs of Western civilizations and self-help enigma. The first being that, one should ‘love thyself.’ Especially prior to external validation. There are many platitudes which one can repeat daily. The second being that of ‘individual responsibility,’ coddled in values brought forth polished by The Enlightenment of Western Europe, which include (so stated): Reason, Liberty or Freedom, Progress, Tolerance, Constitutional governments, and Separation of church and state. These are Enlightenment values of Western Europe, emerging in the 17th century.

It is arguable that Enlightenment values are good and just in some context, but individualism absolves interpersonal social responsibility.

It is arguable that Englightenment values are good and just in some context, but individualism absolves interpersonal responsibility. If it is most important to remain stalwart upon thy mountain-top, to love thyself, to ‘pull oneself up by the bootstraps,’ it relinquishes social responsibility to thy neighbor. Such platitudes and self-help philosophies of the 19th-21st century American new-age movements, release social responsibility to one’s neighbor, friend, or relative. At worst, it means money and employment status should relinquish guilt and suffering, but perpetuate social isolation.

View all posts by clquig

2 thoughts on “Individualism and the absolution of social responsibility” 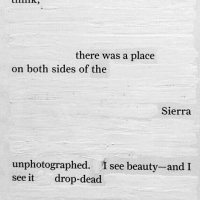 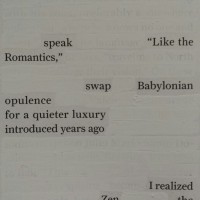 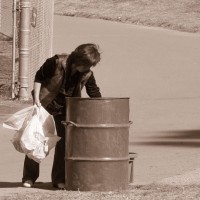 grateful to have been…

Ghosts Look Over the Shoulders of Myanmar Peace Negotiators

One (dis)placed ethnographer’s movements during the pandemic: Is the on-line world a lesser ethnographic world?

What does a Chicken, Drums, Whiskey, Gossip, and International Diplomacy have in common?

The Elephants, the Peace Process, and the Blindmen in a Myanmar Hotel Ballroom

What is Ethnography? Ethnografia ni nini?